- A mission from the global movement World BEYOND wars. 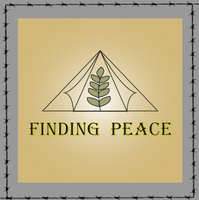 The theme for this game project came from World Beyond War (Links to an external site.).

The brief was that the game should simplify - yet be able to reflect quite accurately - the effects to the people when governments invest in warfare instead of infrastructure, and vice versa.

The game should carry educational / learning points, but be engaging enough and replayable.

It should also be able to serve as a tool to help decision makers make better choices that will benefit the people and thus, the country.

The Game had a few criterias:

- There should be BOTH PvP(Player-vs-Player) AND Co-op(Cooperative) modes to our game.

- A full session should average 25 - 30 mins of play time. It should not take less than 15 mins for a game to complete.

- Should take no more than 15 mins to learn the rules and set up the game. You should also be able to learn the game by jumping right in.

(if you don't like to read just scroll past this part to the end delivery.)

Due to the openess of the mission were we required to do our own research about which area of the effects of war we would focus our game on.

We went straight away to do the research, and were supposed to share our insights and idéas first thing in the morning after.

When we gathered for our group session did I suggest we should focus about refugees, because it's a common denominatior throughout all wars, and throughout all history.

I also presented some horrific statistics about refugees in the world today (mainly from UNHCR as a source).

It was consensus and we continued to build on that idea.

It was in this step I became the game lead designer due to the lack of game experience from the rest of my project group.

We was working remotely so we all got the tabletop simulator from the steam platform, in that way could we collaborate in an realistic enviroment togheter and we played around a bit to make everyone comfortable with the tools we was going to work with alot the upcoming weeks.

We started to ideate how  and what could be done to educate the masses around a refugee journey.

We tried to emphasize and imagine how a refugees journey could take place according to our research.

We agreed upon having two parts in the game one where there is a war zone where you start and the journey zone where you have to make it outside. We agreed that money was the most important asset to have to have a chance to get out from the war zone. We agreed on several ways to earn money and mechanics how to use them and loose them. We came up with mechanics that we could use as Co-op elements and PVE elements. The PVP elements is naturally infused as one player can get to the peace before the other players.

And so we did! Iteriation for weeks!

We managed to get a set-up which we found working pretty good, and talked over and over the newly proposed game mechanics that we changed during the iteriations. We tested it ourselves mainly but also did we manage to playtest our game with the help from a playtesting discord server, I also personally playtested it on almost all of my friends and family as well, where we got great insights on adjustments, and on which parts of the game that was lacking.

Along with the iteriations and mechanic design of the rules and its compnents, was I designing icons for the different tiles, game cards and had a hand on the game board as well, all to put it  in context of our topic and consistency of the design.

It wasn't until the end of the project the game got a name, Finding Peace became the name for our game,  we voted democratically within our group. I must say to give such a game like this a name was hard!

The project ended with a presentation(you can see the presentation here) of the game for World beyond war and our mentor.

The game got a bit out of the theme but still managed to find it's own place.

The game became much better than we believed at the beginning of the project, and it became really appreciated by World beyond wars.

It is now both playable on the steam platform and also as a print and play version.

It will now work as a central role in several human rights modules World beyond war hosting at Irish schools for example during world refugee day.

Used for informational and promotional purposes. 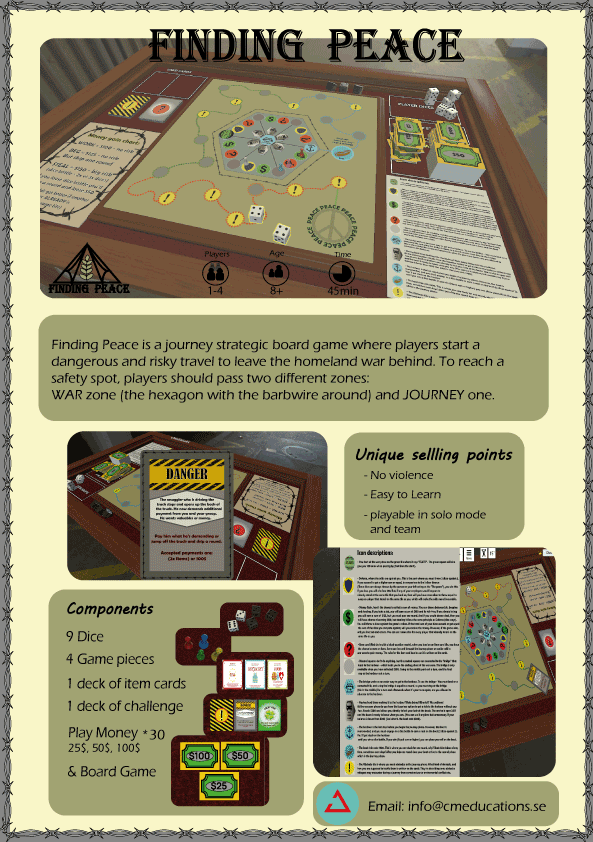 This is how it looks in the beginning of each new game. 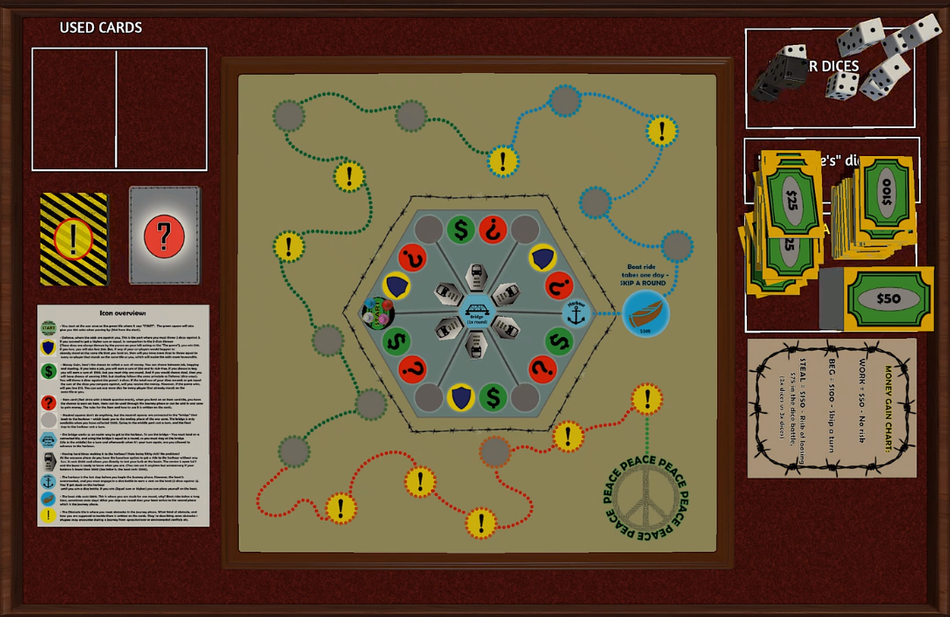 This is how the rulesheet looks whats the meaning behind the icons on the tiles and what the rules are. 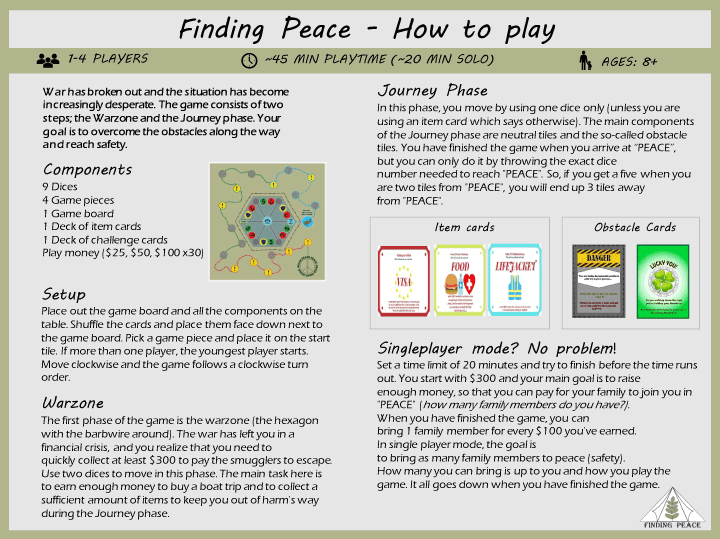 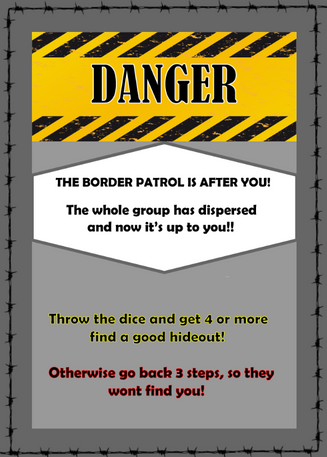 The obstacle cards are created to inform about the real challenges refugees may encounter. 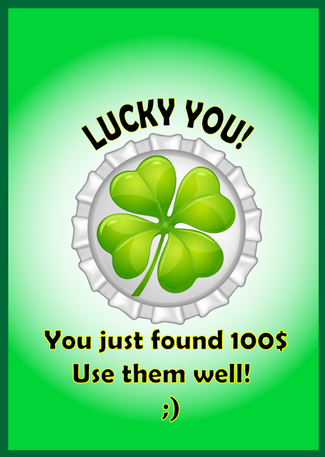 The lucky cards are alot fewer than the obstacle cards and is a game mechanic rather than a product of our research.

Finding peace is an educational boardgame which highlights the unjustice and the challenges that refugees encounter every day.